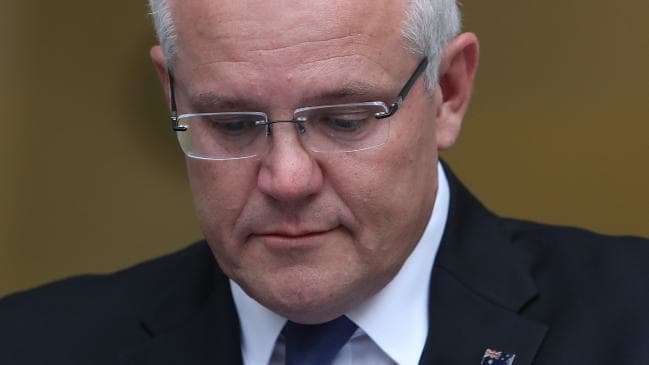 Scott Morrison and Bill Shorten have both drawn on emotional family relations to support their policies this morning.

Announcing a $528 million royal commission to the abuse and neglect of handicapped Australians, Mr Morrison spoke movingly about his brother-in-law Gary Warren who suffers from multiple sclerosis.

The Prime Minister took a moment to collect himself and seemed on the verge of tears.

Mr Morrison also talked about Mr Warren during his Budget speech last year as he justified raising the Medicare levy by 0.5 per cent to finance the National Disability Insurance Scheme.

Mr Shorten, meanwhile, has opened up about his mother Ann’s breast cancer diagnosis in a video about Labor’s cancer care package.

They include $600 million to create diagnostic imaging more affordable and $433 million for a new bulk-billed Medicare thing for consultations with surgeons and oncologists.

In a video posted on social media nowadays, Mr Shorten revealed how he learned of his mother’s diagnosis.

The Labor leader farewelled her at a moving personal ceremony.